The Torriani Chapel (the seventh on the right) was painted by Cassone I della Torre in 1277 and dedicated to Saint Martin. Later, it was passed to the Visconti family and, by donation of Filippo Maria in 1440, to Giorgio Aicardi. It is believed that the current decoration was carried out at the time of the Visconti ownership, as the coats of arms on the rib vaults and the alleged portrait of Bianca Maria, the daughter of Filippo Maria,

who can be identified with the young lady painted in the left corner of the rib vault with the symbol of Mark the Evangelist, suggest. On the vault are the symbols of the four Evangelists, one for each rib, alongside pairs of saints. Saint Martin, the patron of the chapel, is depicted while sharing his cloak with a poor man, left to the symbol of Matthew the Evangelist. 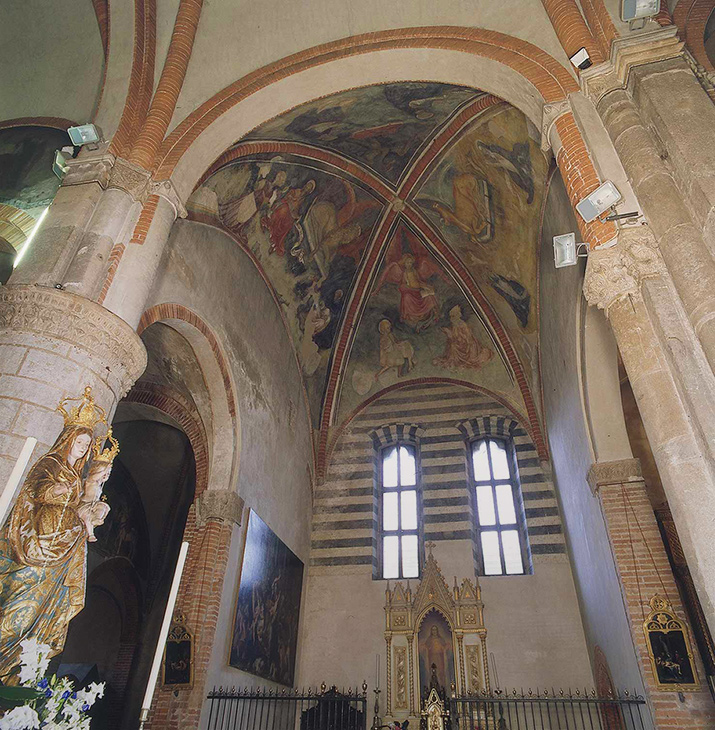 The frescoes feature extreme softness and refinement, which are typical of the international Gothic style. They are attributed to Michelino da Besozzo and date back to the late 1430s. 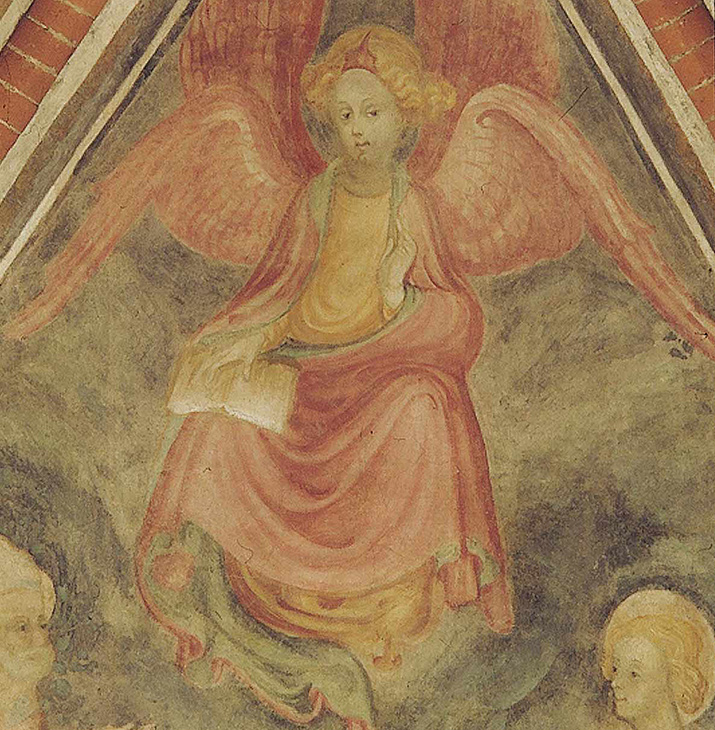 On the left wall, the large canvas of the Massacre of the Innocents, by Giovan Cristoforo Storer, is a truly spectacular painting, boasting bright colours and a swirling movement of the characters.