At the invitation of the Cloisters of Sant’Eustorgio, Alessandro Pessoli has conceived Testa Cristiana (Christian Head), an exhibition of fifteen works that brings together some previously created pieces and others made specifically for this new context. The show is expressly conceived to engage in meaningful conversation with architectural and decorative elements in the cloisters.

The exhibition begins in the Chapter house of the Museum of the Basilica of Sant’Eustorgio, with a selection of paintings produced between 2008 and 2019. The Sacristy and the spaces opposite the Portinari Chapel house site-specific works. In the Early Christian Cemetery, a majolica piece from 2008 introduces the theme of the body presented in pieces, reflecting on the reliquaries and tombs among which it is exhibited. This investigation is followed by a work recently created by the artist for the site: in the section of the Carlo Maria Martini Diocesan Museum dedicated to goldsmithing and liturgical furnishings, the precious museum exhibits dialogue with Pessoli’s series of sculptural heads, including one inspired by a tenth-century tondo in polychromatic stucco depicting Saint Ambrose giving a blessing. The section displayed at the Carlo Maria Martini Diocesan Museum is curated by Giuseppe Frangi.

The exhibition takes place in an environment that is important to Christian history and culture and the history of art; at the same time, this space is still dedicated in part to liturgical activities. This enables Pessoli to conceive a show that reflects and describes his conception of the sacred as confronted with contemporary life, which demands that we coexist with pain and uncertainty: “I charge the image with tension, because I want it to be expressive, because for me it is not peaceful. It is reality that is difficult, even violent. I would like to create a serene work, with no drama, but I love to excite the images, to get a response. . . . I utilize subjects from the tradition of Catholic iconography precisely because I found them difficult, able to put up resistance, and the attempt to find an equilibrium became interesting.” [Alessandro Pessoli in conversation with Barbara Casavecchia]

Pessoli’s practice is typically multimedia in nature, focusing on painting and sculpture, and also favoring ceramic. The exhibition at Sant’Eustorgio will display the variety of materials and techniques for which the artist is well known, for instance his consistent fascination with the human form. Through these representations, Pessoli deals with existential themes. Historical figures, classical art historical iconography, and everyday images intermingle in a reconstruction of reality that is dreamlike, painful, and sometimes grotesque, but never lacking instinctive emotion. Pessoli’s iconography, particularly from the late 2000s on, has included religious elements, especially themes and images from the life of Christ. He participated in the 53rd Venice Biennale (2009) with a series of drawings depicting religious themes. His 2011 solo show at the Collezione Maramotti in Reggio Emilia centered on a trilogy of large canvases evoking stories from the New Testament. Even when the references to the sacred are less direct, representations of the emotional and psychological life of the individual always have center stage. 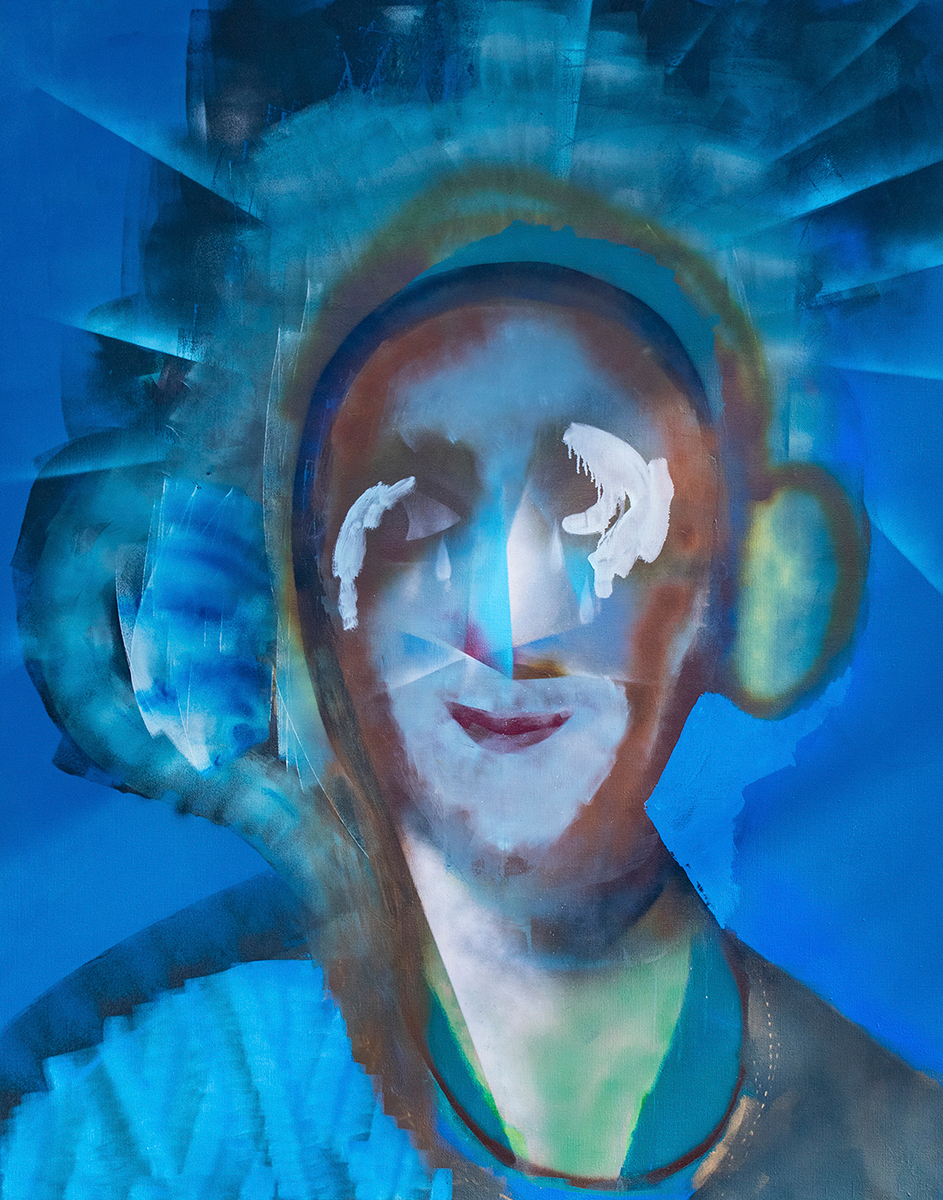 During the course of the exhibition, a book richly illustrated with installation views of Testa Cristiana will be published by Lenz (Milan), containing texts by Eva Fabbris, Giuseppe Frangi, Alexis Vaillant and a conversation between artists Pier Paolo Campanini and Alessandro Pessoli.